Will China become an economic curse?

Will China become an economic curse? 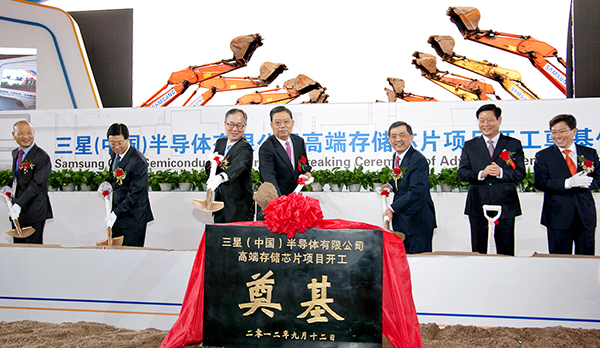 Korea’s GDP grew 1.6 percent in the third quarter, and we are undeniably in a crisis. The quarterly growth rate has fallen below 2 percent as it did after the second oil shock in 1980, the Asian currency crisis in 1998 and the global financial crisis in 2008. The major cause of the current slump is a decrease in plant and equipment investment. The bases for growth are shaking, and this is where we can find the shadow of China.

LCD components and semiconductors are the top two Korean exports to China, accounting for about 20 percent of the total. And the portion is even greater if you count related parts. However, that is likely to change starting next year. The exporting companies have built manufacturing plants in China. Both LG and Samsung are building LCD manufacturing factories in China, and Samsung Electronics is following the move by SK Hynix and building large-scale plants in Xian, where a total of $7 billion has been invested by Korean companies. Once the factories relocate, jobs will move, too. Industry insiders say tens of thousands of high-grade jobs will be lost.

This is a completely different level from the relocation of toy, textile and shoe toll-processing plants. When toll processing moved to China, high value parts and materials were made in Korea and exported to China for finishing, and the investment encouraged exports. Seventy percent of Korea’s exports to China are parts and unfinished goods. However, investment in semiconductor and LCD manufacturing in China will have few positive domestic impacts. Factories producing related parts are eager to move to China as well. We now have to worry about the hollowing-out of high-tech industries, and information technology is not the only sector leaving Korea. Many companies in key industries, including automobile, heavy machinery and steel, are falling into the black hole called China.

For the past 20 years, China has been a blessing for the Korean economy. Thanks to China, we were able to advance industrially without much shock, and as the factory of the world, China has been a nearby and huge export market. About a quarter of all Korea’s exports go to China. We found breakthroughs during the 1997 and 2008 crises thanks to China. But if you think China will continue to help Korea’s economy, think again. If we don’t respond properly, China could become a curse. Part of the problem is that we lack a sense of crisis. Presidential candidates who aspire to lead the nation for the next five years advocate economic democratization without contemplating how to keep companies from leaving for China. The government seems to have no plan for dealing with China’s black hole. A pillar of Korea’s economy for 20 years is crumbling. It is another warning sign from the 1.6 percent growth rate.

* The author is the director of the China Institute.