Divorce education to be mandatory

Divorce education to be mandatory 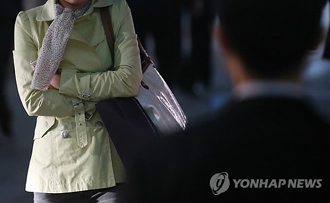 Starting from next month, all parents who are negotiating a divorce settlement without litigation will have to get lessons on minimizing the impact on their kids.

The Supreme Court yesterday announced a mandatory guideline for raising kids after a divorce.

Under the guideline, experts will counsel couples on how their divorce can influence their underage children and what they should do to meet their emotional needs. Practical advice will be also included, such as how to divide parenting roles after they are separated.

The experts will also offer legal information on raising kids, such as legal guardianship of children and child support issues.

After couples complete the course of counseling, they will be given a certificate to submit to a local court in order to finalize the divorce.

If they don’t submit the certificate within three months after applying for a divorce, their application will be nullified.

“So far, the only thing couples need to do before signing an agreement is to watch a 30-minute video on how bad divorce is,” Jun Gyung-gun, a law professor at Ajou University, told the Korea JoongAng Daily by phone.

Since 2004, the Supreme Court focused on preventing an increasing number of divorces in Korea, Jun said.

“From 2004, the Supreme Court started to take various measures to make people take more time before signing the agreement, because they thought more and more parents were making decisions too lightly, without being aware of what would happen after the divorce and what they should do for their underage children,” Jun added.

“In this sense, this guideline is parts of a series of measures the Supreme Court has taken to prevent more divorces.”

According to Statistics Korea, the number of couples who divorced in 2011 was 114,300 and 60.1 percent of them had underage children.

“Although there has been a counseling program run by the Supreme Court, most couples don’t use it,” said a report entitled “Current Management of a Divorce Settlement and How to Improve It” by the Korean Women Development Institute, a state-run think tank under the Prime Minister’s Office.