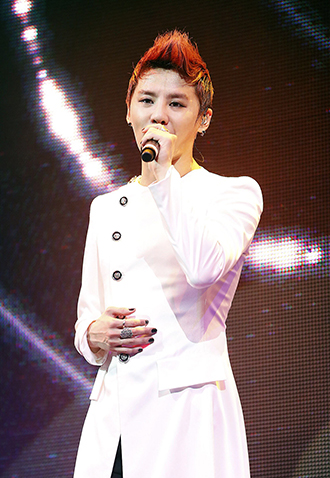 JYJ’s Kim Jun-su was completely overwhelmed upon winning the Best Male Actor award at this year’s the Korea Musical Awards on Oct. 29.
Upon his win at the 18th annual ceremony, Kim took to his Twitter to share his sentiments with fans.

“I’d like to dedicate this award to my fans who have stuck by me through thick and thin,” said Kim before promising “to be always striving to become a better actor.”
Kim also said he was so thankful and sent his love toward his fans and said that the win was like “a dream come true after three years as a musical actor.”

Previously, Kim has won musical awards but for his popularity rather than talent.
By Carla Sunwoo [carlasunwoo@joongang.co.kr]