‘Pieta’ will get a look from the AFI

‘Pieta’ will get a look from the AFI 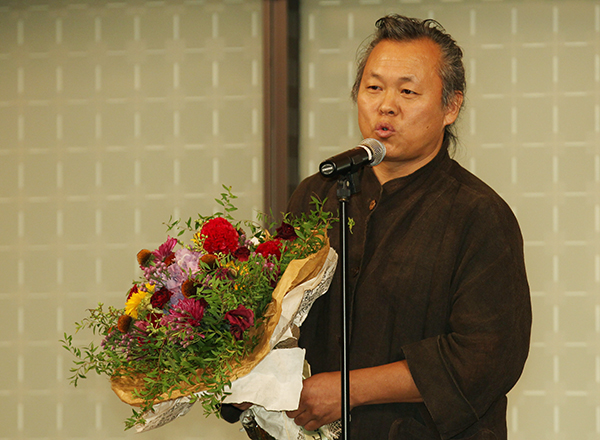 
In a bid to make it onto the short list at the next Academy Awards, Kim Ki-duk has taken to promoting his Golden Lion prize-winning film “Pieta” in the United States. The renowned Korean flick that won the coveted prize at this year’s Venice Film Festival will be screened at the American Film Institute’s annual festival, which will start tomorrow.

Placed under the World Cinema category, “Pieta” will be screened three times during the week-long event taking place in Hollywood.

According to the Korean Film Council, by increasing awareness through the film fest, Kim is hoping to land on the nomination list for next year’s Academy Awards.

During the red carpet event, Kim will spend time talking with American audiences about his movie.

On Saturday, Kim will also attend a special screening of his works to be held at The Cinefamily Theater in Los Angeles.

As well as showing three of his most-loved films from Saturday to Monday, he will take part in an interview session.