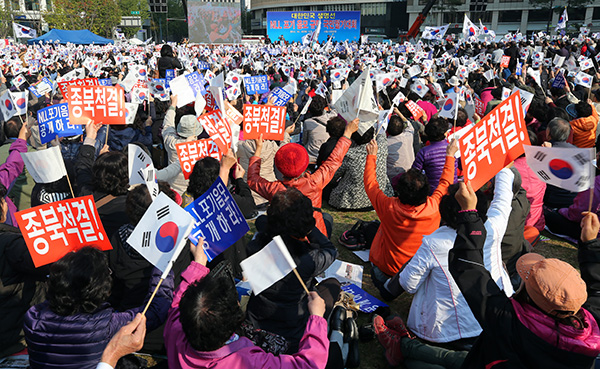 Conservative civic group members and ruling Saenuri Party lawmakers participate in a rally yesterday at Gwanghwamun Plaza in central Seoul, denouncing the alleged scandal involving former President Roh Moo-hyun and his remarks made disavowing the Northern Limit Line during an inter-Korean summit with his counterpart Kim Jong-il. The rally was organized by the National Action Campaign for Freedom and Democracy in Korea and some 10,000 participants attended. [YONHAP]