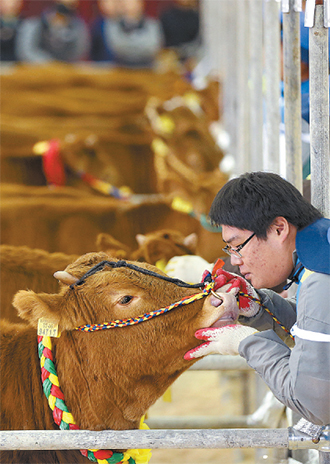 Heifers are lined up waiting to be judged during the 2012 Korean Cattle Contest held yesterday for the first time in 16 years in Anseong, Gyeonggi. The contest first began in 1969 until 1996 for every two years until it came to a halt due to the financial crisis in 1997 and selects winners based on the best examples of the native Korean cattle breed. [YONHAP]