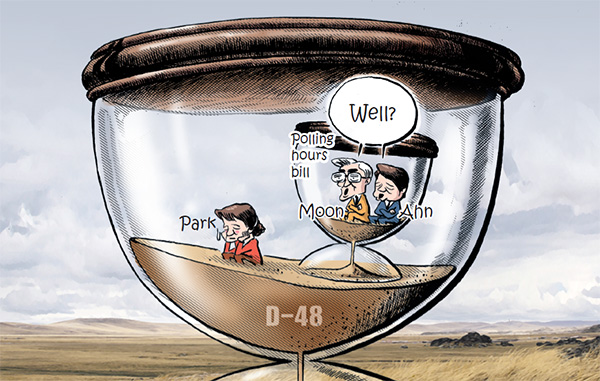 Democratic United Party presidential candidate Moon Jae-in yesterday accepted a proposal by Saenuri Party candidate Park Geun-hye to prohibit candidates from receiving a government subsidy if they pull out of the race - and then asked Park to support a bill extending polling hours on Election Day, which is certain to hurt the ruling party and help the liberal candidate, whether it’s Moon or independent Ahn Cheol-soo.