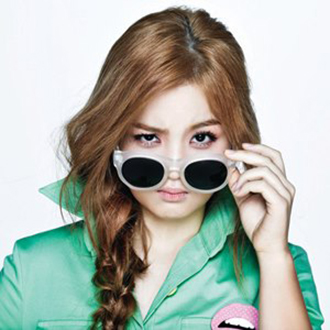 “K-pop Star” runner-up Lee Hi will make her debut TV performance of her new song “1,2,3,4” on Nov. 4 on SBS’ music chart show “Popular Songs.”
The recital is eagerly anticipated as the song has topped some nine charts online since being released Oct. 29.

“She’s never been a dancer, but lately she’s been learning moves like crazy for her TV performance,” said a spokesperson for YG Entertainment.
The agency representative said that fans should prepare to be dazzled by the 16-year-old.

Since the show came to an end in April, Lee has been training with the agency that also works with Hallyu groups 2NE1, Big Bang and Epik High.
Leading up to her official debut just days ago, teaser images of Lee fueled much interest among netizens.
The song is being described as a powerful retro-soul piece, a revamped genre made famous by Marvin Gaye, the Jackson Five and the Temptations.
By Carla Sunwoo [carlasunwoo@joongang.co.kr]