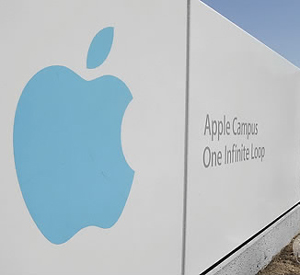 In its new English-language map function that will soon be released worldwide after a scheduled upgrade to its operating system, Apple has decided to also label Dokdo, Korea’s easternmost islets, as Takeshima, their Japanese name, and Liancourt Rocks when iPhone users outside of Korea or Japan search for them.

According to a Korean government official yesterday, Apple has informed the Korean government that it will use all three names to describe Dokdo in markets other than Korea and Japan, where it will be described as Dokdo and Takeshima depending on the country of service.

“Apple recently notified us that its new English map service under the new iOS 6 mobile operating system will simultaneously use the Korean, Japanese and Franco-English name [Liancourt Rocks] to describe Dokdo,” the official told reporters yesterday. “We protested to Apple’s Korean unit that using all three names isn’t right because Dokdo is clearly indigenous territory of Korea and the new reference is unacceptable.”

In response to the Korean government’s protest, Apple Korea said, “We didn’t have a choice because to Apple, the Japanese market is a couple of times bigger than the Korean market.”

Dokdo has been a source of controversy between Seoul and Tokyo with the latter claiming territorial rights over the islets in the East Sea.

Diplomatic tension between the two countries heightened in August when President Lee Myung-bak made an unprecedented visit to Dokdo, which led Japan to request Korea to take the territorial issue to the International Court of Justice.

Korea, however, rejected the request because there is no reason to have a dispute over a land that is “indigenously part of Korea.”

In July, when Apple released a test version of the iOS 6 operating system, Dokdo wasn’t used on the map at all. Rather, it was described as Takeshima and Liancourt Rocks, which prompted the Korean government to strongly protest. Responding to Korea’s protest, in the iOS 6 Golden Master version of the operation system that was released on Sept. 19, Apple described the islets only as Dokdo on the map for users in Korea and other countries except for Japan.

“Japan has recently become very aggressive in dealing with the naming issue [of Dokdo],” the official said. “And I’m thinking that maybe there would have been a strong lobby from the Japanese side [in the process of developing the new operating system].”