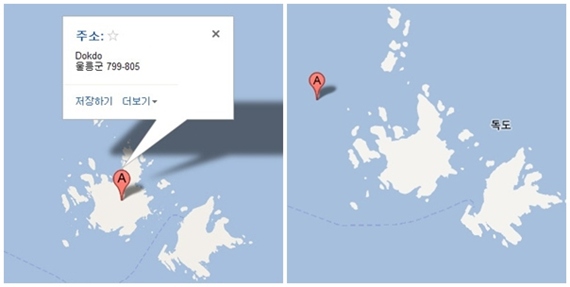 South Korea has protested to Apple Inc. over its new English-language mapping service for the iPhone, which shows both Korean and Japanese names for Dokdo, the South's easternmost islets, an official said Wednesday.