SNU will examine theses by Ahn

SNU will examine theses by Ahn 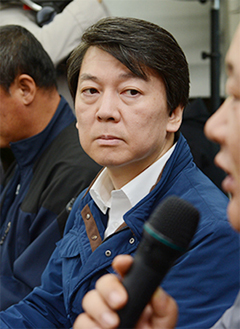 Seoul National University yesterday announced it has begun a preliminary review of plagiarism allegations against its alumnus Ahn Cheol-soo, the independent presidential candidate.

The university’s Committee on Research Integrity yesterday held a meeting and decided to launch a preliminary probe into allegations of plagiarism in five of Ahn’s academic works, including his 1988 master’s dissertation and his 1991 doctoral dissertation.

The 50-year-old presidential candidate graduated from SNU in 1986 and completed a master’s degree in physiology in 1988. He obtained his doctoral degree in medicine in 1991. After becoming a software developer, Ahn taught students at Kaist until May of last year. He also served as the dean of Seoul National University Graduate School of Convergence Science and Technology until he declared his presidential bid in September this year. 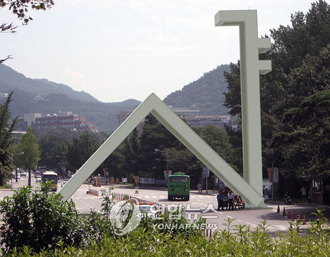 Local media have accused the doctor-turned-businessman-turned-politician of plagiarism based on a Saenuri Party request during the National Assembly’s audit on the state-run university. The conservative ruling party asked the university on Oct. 23 to investigate the alleged plagiarism.

Ahn and his aides denied the allegations and criticized the media and the Saenuri Party for malicious attacks.

Prof. Seong Rho-hyun, head of the Research Affairs Office of SNU, said yesterday the school will create a preliminary investigation committee and review the five research papers. The review will take 10 days to a month, he said, and the outcome will decide whether the case will be referred for a full investigation.

“Since the legislature made the request, it is our position to comply with it,” Seong said. “We will review the five papers from a purely academic point of view.”

The university will form a preliminary investigation committee with three to five professors from the school.