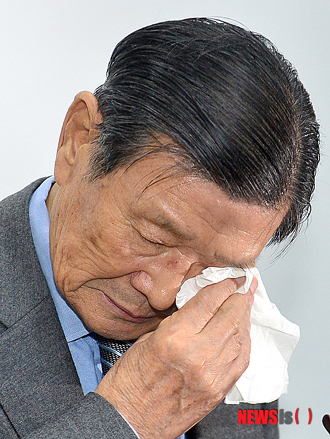 The arrest of Koo Bon-sang, the eldest son of Koo Cha-won, the chairman of LIG Group, the parent company for LIG Nex1, came after the Seoul Central District Court approved prosecutors’ request for his detention citing concerns he may destroy evidence.

Prosecutors say the owner’s family issued 189.4 billion won ($173 million) worth of commercial paper under the name of the construction company even though it was on the verge of going under court receivership.

The construction firm filed for receivership in March 2011 after financial difficulties caused by a recession in the local construction business.

Prosecutors allege that the family intended, through the fraudulent issuance, to get back its stakes in LIG Nex1 and another subsidiary, which was provided as a security for attracting a large amount of investment for the construction firm in the past, before the company came under court receivership.

The family is also under suspicion of orchestrating some 150 billion won of accounting fraud by the construction firm.