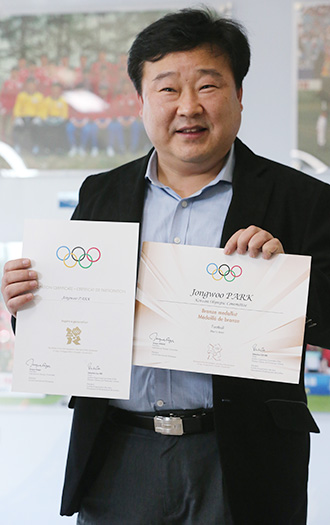 A Korea Football Association official in Paju, Gyeonggi, holds up a certificate signed by the International Olympic Committee which addresses the issue of Korean midfielder Park Jong-woo’s bronze medal. Park was prevented from receiving a medal after holding up a banner after the bronze medal match against Japan at the London Olympics that read “Dokdo is our land,” referring to Korea’s easternmost islets claimed by Japan. FIFA has not yet ruled on the case. [YONHAP]