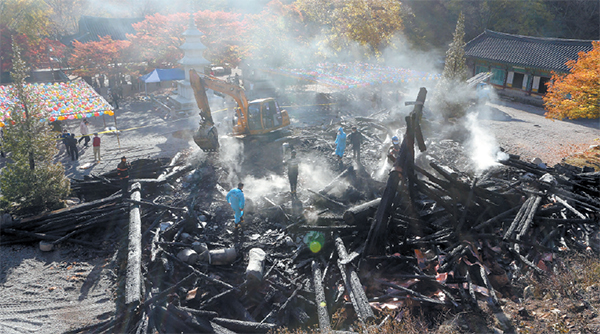 The main building of Naejang Temple, known for its scenic autumn foliage, was destroyed by fire yesterday. The fire, presumed to be electrical, started at the temple in Jeongeup, North Jeolla, at about 2 a.m. and burned the main building and part of the forest behind it, police said. First built in 636 during the reign of King Mu of the Baekje Kingdom (18 BC-660), the temple burned down in 1951 during the Korean War and was restored in 1958.[YONHAP]