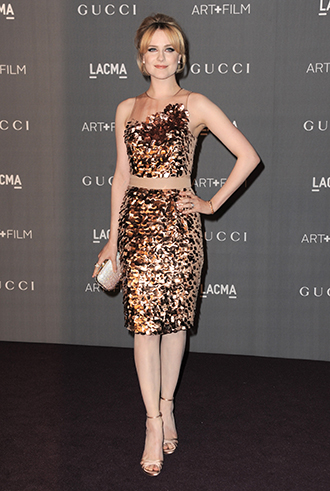 “The bride wore a custom dress by Carolina Herrera. It was a small ceremony with close family and friends,” the spokeswoman said in a statement, adding that the wedding took place on Tuesday.

In a Twitter posting on Wednesday, Wood, best known for her roles in “The Wrestler” and coming of age movie “Thirteen,” said, “Words cannot describe the happiness I am feeling. Overwhelming.”

Wood, 25, first began dating Bell about seven years ago. But the pair broke up and Wood went on to have a highly publicized engagement with heavy metal rocker Marilyn Manson, who is almost twice her age.

Wood and Bell, 26, were rumored to have become engaged in January this year, but never confirmed their relationship.

Bell found fame as the teen star of “Billy Elliot” about a ballet dancer growing up in a tough coal mining town in northern England.

He won a British Bafta award for the role and has since appeared in adventure movies like “The Eagle” and “Jumper.”