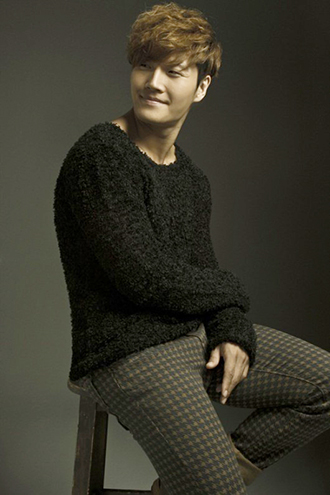 After a stock exchange executives’ gossip forum speculated that Kim Jong-kook would soon marry, the singer himself came forward to deny the rumor.

Kim spoke with eNews yesterday to say that he saw the reports and was shocked.

“I was puzzled because it couldn’t be further from the truth,” said Kim. “You know I live a pretty ordinary life away from the camera, and if I were in a relationship, I’d just tell it like it is.”

On how the rumor started, Kim said that it’s probably because his close friend and entertainer Haha announced his big news not long ago.

“He made the announcement in front of a lot of entertainers at a restaurant and I couldn’t eat because of shock,” said Kim, who thinks that maybe one of the witnesses supposed that Kim had similar news of his own and was caught off guard.

Although he’s not dating anyone, Kim said he was doing his best. “I ask a lot of my friends to hook me up and actually went on a blind date not long ago,” said Kim, who released his seventh album yesterday.