Baby boomers and other subscribers of annuity policies from non-life insurers are lucky if they receive low yields, with many seeing deficits due to high commission fees and other factors, according to data released by the Financial Supervisory Service (FSS) yesterday. 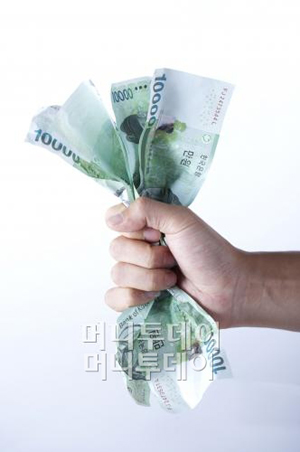 Under such contracts, the subscriber pays the insurer a lump sum and has the money disbursed to them at intervals later in life, often after they retire. One of the main attractions is that the principal is tax-deferred, meaning it can generate more interest until it is withdrawn.

However, the FSS found that most flagship annuity policies by non-life insurers recorded average yields of minus 9 percent due to the high handling fees charged.

Similar policies sold by banks and asset management firms gave yields of between 4 and 5 percent a year, it added.

The financial watchdog released the data on 621 such policies by life insurers, non-life insurers, banks and asset management firms on its Web site (www.fss.or.kr). It included details of their annual returns and commission fees, and said it will update the information every quarter.

“This will help customers compare and select products that give them the best yields and ignite healthy competition as companies will be more eager to improve their return so as not to cede market share,” said an official at the FSS.

Among non-life insurers, the cumulative return - or median annual average since the product was released on the market - on Green’s Plus II was the best performer with a rate of 3.33 percent, followed by Dongbu’s smart annuity insurance (minus 7.66 percent). Lotte’s 3L premium annuity gave the worst return of minus 9.53 percent.

“People who want to avoid paying high commission fees for annuities should subscribe to products sold at banks and asset management firms,” said one industry figure who asked to remain anonymous. “By releasing this information online, the financial regulator is likely to deal a huge blow to insurers. They will probably have no choice but to cut their fees.”

The FSS said it will encourage them to do so, and especially in a way that rewards customers’ loyalty.

“Subscribers are not advised to cancel their contracts within the first seven years as the large surrender costs involved means they will probably take a significant loss,” said an official at FSS, adding that it would be better to temporarily suspend payments or transfer the contract to a more competitive rival firm.

Among banks, Busan Bank was found to offer the highest cumulative return of 4.97 percent on one of its policies, followed by Kyongnam Bank (4.88 percent).