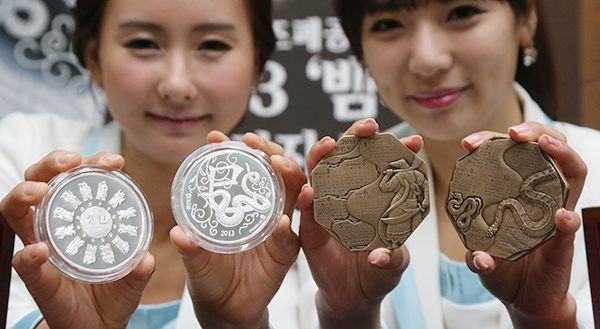 Models introduce commemorative coins corresponding to the Chinese zodiac that were released yesterday by Korea Minting & Security Printing Corporation ahead of the Year of the Snake, which begins in February. The set began with a medal for the Year of the Dragon in early 2012. The medals are made of silver and gold. [YONHAP]