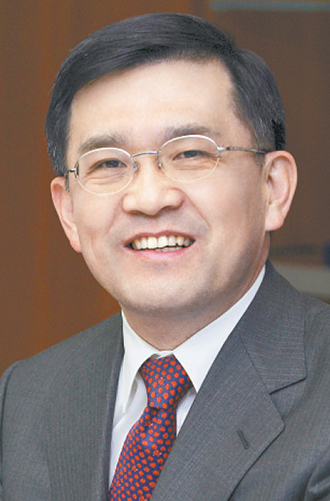 The CEO of Samsung Electronics, the world’s top technology company by revenue, yesterday urged employees to step up efforts to nurture future growth engines amid a global recession and intensifying industry competition.

“A change so rapid it has no precedent has begun amid forecasts that the global economy is likely to sustain its low-growth trend and the electronics industry has entered an era of tremendous changes,” Samsung Electronics CEO Kwon Oh-hyun said at the company’s 43rd anniversary ceremony.

“Being complacent without gearing up for the future may lead to a sudden collapse,” Kwon said.

The chief executive’s remarks come as the consumer electronics industry is suffering from feeble demand in the midst of the global economic recession.

While its mobile business has propelled Samsung’s growth as well as record earnings in previous quarters, the company has been facing growing competition from both low- and high-end manufacturers, including Apple.

Its legal tussle with the world’s No. 2 smartphone maker has also been dubbed the “patent war of the century,” with the two companies facing off in courtrooms across four continents for more than a year.

Kwon said the company should strive to become an “aspirational brand” in order to achieve its goal of becoming one of the world’s top five most valued brands.

Samsung currently ranks as the world’s No. 9 brand, according to a study by researcher Interbrand, with the company’s brand value estimated at $32.9 billion.

The chief executive also stressed the importance of nurturing future growth engines through innovation for the company to become a “market creator” in the electronics industry.

While market watchers had viewed the company’s “fast follower” policy of emulating industry leaders as a key contributor to its growth, a rising number of experts have been pointing out the need for a shift in its tactics to sustain its lead in the smartphone, flat-panel TV and computer memory chip business.