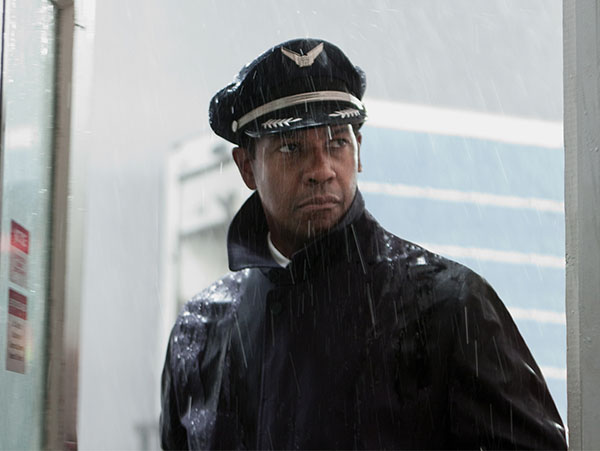 LOS ANGELES - After a detour into animation, “Forrest Gump” director Robert Zemeckis returns to live-action film with “Flight,” which starts with a plane crash but centers more on personal rather than airborne crises.

Denzel Washington stars as a pilot who becomes a national hero for managing to crash-land a malfunctioning jet but faces another harrowing descent when alcohol and cocaine are discovered in his system.

The movie, being released in North America this weekend, took more than 10 years to come together from a screenplay by John Gatins, whose previous credits include “Real Steel” (2011) and “Dreamer” (2008).

It took all of the A-list actor and director’s Hollywood heft - and cuts in pay - to bring it to the screen.

Washington plays Whip, a commercial airline pilot whose skills and sangfroid help him save almost all of his plane’s passengers and crew after it goes into a steep dive due to a technical problem.

But the media and popular adulation his achievement triggers come down to earth with a thud when lab results reveal his addictions, while he falls in love with a young drug addict who is also battling to get clean.

“Their substance abuse is the symptom of deeper problems,” Zemeckis told reporters. “They were that way because they have deeper issues. They were using the chemicals, but it could have been anything: food, gambling, work.

“They just feel this sort of void,” he added as he presented the film in Beverly Hills.

Washington agreed, saying that in preparing for the role he didn’t focus on his character’s alcoholism.