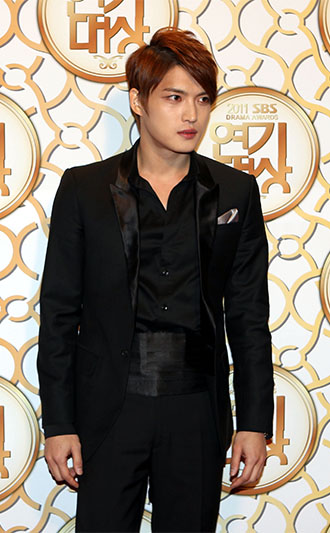 Kim, 26, held a fan meet at the Mata Elang International Stadium in the Indonesian capital at 3 p.m. local time on Saturday, the agency of the boy band said. Around 4,000 fans attended the meeting.

The agency said that Kim was suffering from a severe sore throat and a doctor advised him that he needed to rest for several days. So, the agency said it discussed with Kim delaying or canceling the meeting, but Kim insisted on flying to Jakarta for the scheduled fan meet.

During the meet, Kim wrote a letter on the spot and had it read by the moderator of the event, expressing how sorry he was for not being able to perform. In the letter, he said he thought it was necessary to meet the fans “to make a good memory with them from a close distance,” according to the agency.

During the event, Kim shook hands with each of the fans and posed for a group photo, the agency said.