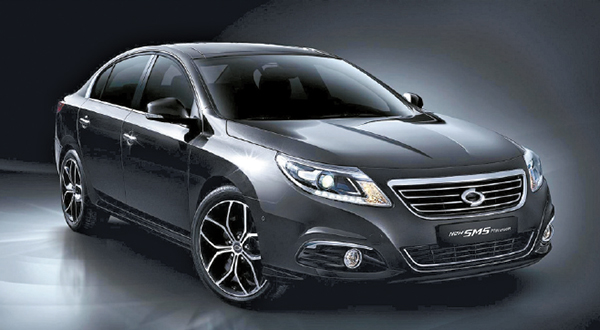 The latest SM5, which Renault Samsung Motors hopes will restore its fizzling sales Provided by the company


Renault Samsung Motors, the nation’s fourth-largest automaker, hopes its new SM5 will rev up its sluggish domestic sales. The 2013 version of the midsize sedan hits the market on Wednesday.

The Korean unit of French automaker Renault has been suffering a serious slump in its domestic sales.

Although its October sales slightly increased over September, its overall sales in this January-October period fell 47.8 percent from a year earlier. It sold only 48,337 vehicles to Korean drivers.

The automaker tried to reverse the trend with its new SM3, which was released in September. But the compact sedan struggled in competition against Hyundai Motor’s Avante and Kia Motors’ K3. The vehicle sold 1,372 units last month, a 5.9 percent drop from its debut month.

RSM hopes for a rebound after its SM5 hits the market this month.

The midsize sedan has been a steady seller for the automaker since it was introduced in 1998. So far, more than 858,000 SM5s have been purchased by Korean drivers. In addition, the model recently reaffirmed its No. 1 status among RSM vehicles after its October sales jumped 38.8 percent from September.

“We hope to put SM5 back into the top-10 best-selling models in the domestic auto market,” the automaker said in a statement.

Last year, SM5 was the eighth-best-selling car in the domestic auto market. But since February, it dropped off the top 10 list. Last month, it was the 15th most popular, with sales of 2,710 units. Its rivals, Hyundai Motor’s Sonata and Kia Motors’ K5, were No. 1 and No. 5 respectively in October sales.

The 3.5 generation SM5, dubbed “New SM5 Platinum,” is an updated version with a slightly redesigned exterior, and the automaker upgraded safety features of the vehicle.

Most notable is a blind spot warning system that detects vehicles in adjacent lanes and alerts the driver if a collision is a risk. While this feature has already been introduced in Kia’s K9 and Sorento R, the automaker said this is the first time that the system has been installed in a midsized car.

RSM said that the system will be also introduced in its new SM7, its flagship luxury sedan, which will be introduced later this month.

The automaker added that the Hi-Line tire pressure monitoring system will be another safety feature. The system monitors the air pressure of the vehicle’s tires and reports real-time tire pressure information through a display.

“With these safety features and our latest technology, we believe the New SM5 Platinum can cement the 14-year legacy of the model,” said Francois Provost, CEO of RSM.