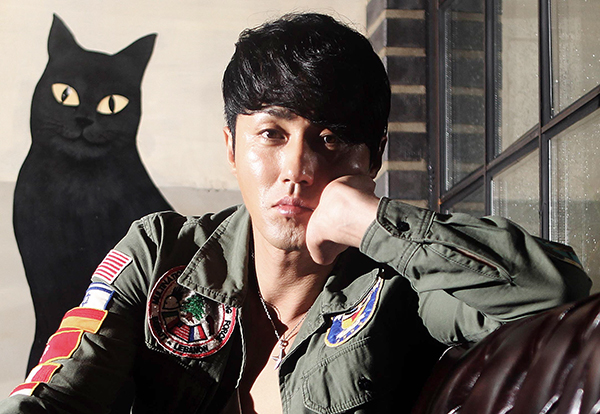 
Cha Seung-won, 42, took on his first theater role in Japan on Saturday.

The Japanese press reported that Cha starred alongside Tsuyoshi Kusanagi from former idol group SMAP in the play “Bring Me My Chariot Of Fire” at the Akasaka ACT Theater in Tokyo.

Cha said the two actors have been friends for over five years.

“Since I’ve known [Kusanagi], he’s maintained his integrity and we have a strong friendship,” Cha told reporters at a press conference ahead of the show.

Kusanagi said he was excited about the chance to work with Cha.

“It’s the first time I’ve taken to the stage with a Korean actor, so I’m excited,” said the Japanese idol group singer from the 1980s.

The play was written by Korean-Japanese writer Jung Eui-shin and is set in the early 20th century. The play focuses on the friendship of artists from Korea and Japan who work together to preserve traditional Korean arts.