First lady to be queried in home case

First lady to be queried in home case 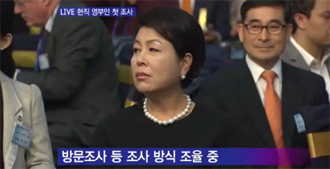 The first lady, Kim Yoon-ok, will be questioned by independent counsel over her involvement in the alleged illicit purchase of land to build Lee Myung-bak’s retirement home in southern Seoul, the special prosecutor said yesterday.

Lee Chang-hoon, deputy special prosecutor, held a media briefing and said the 65-year-old first lady will be questioned as a witness. “We have decided to question her,” Lee said. “We are, however, talking with the Blue House about when and how to proceed with the questioning.”

After media reported last year that the controversial purchase of land in Naegok-dong, southern Seoul, under the name of Lee’s son could be a way to sidestep inheritance laws, the president ordered his staff to nix the plan. 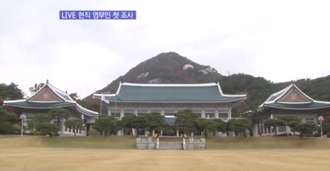 The prosecution investigated the suspicion and cleared everyone involved in the land purchase in June this year, but the National Assembly approved an independent counsel probe in September to look into the project further.

During the prosecution’s initial probe, Lee’s 34-year-old son Si-hyung testified that he had taken out a loan worth 600 million won ($550,000) from Nonghyup’s Blue House branch to purchase the land. He said Kim’s land in Nonhyeon-dong, southern Seoul, where the presidential family originally owned a house, was used as collateral.

The special prosecutor is expected to question the first lady about the loan.

When the first lady will be investigated, however, is undecided because of the presidential couple’s plan for an overseas trip, Lee said yesterday.

Kim will accompany President Lee to Indonesia and Thailand from tomorrow until Sunday. The independent counsel team said it would be inappropriate to question her before the trip.

The Blue House yesterday reacted with furor. “The independent counsel team made an inquiry this morning about the possibility of paying a visit to the first lady and questioning her,” a senior presidential aide said. “But they are speaking to reporters as if she agreed to submit to questioning and discussions are ongoing to decide the method and timing. That is wrong.”

He also said it was inappropriate for the special prosecutor to announce in advance the plan to question the first lady. “No wife of an incumbent president was ever investigated,” he said. “When the prosecutors questioned the former first lady, Kwon Yang-sook [of President Roh Moo-hyun], they only announced it after the questioning was done.”

He also said the independent counsel was treating the presidential couple with an extremely inappropriate and rude attitude.

Since the first lady was called as a witness, the prosecution has no right to compel her to cooperate with the questioning if she decides to reject it.

The independent counsel’s 30-day probe will end on Nov. 14, unless it seeks a 15-day extension. To do so, the special prosecutor needs to obtain the president’s approval.

Asked if the first lady will be questioned next week, Lee said it depends on the method of questioning.

“That will be the time frame if we have face-to-face questioning,” Lee said. “If we decide to receive a written statement, it doesn’t have to be like that.”

Even if the questioning will be done through written documents, there are many things to coordinate with the Blue House, he added.

Asked if the president will also be investigated, Lee said, “We will make that public after coordinating is done with Kim’s questioning.”

The special counsel is looking into the suspicion that the president’s son paid less than his share when he jointly purchased the land, worth 5.4 billion won, with the Presidential Security Service in May last year.

Lee Si-hyung has testified that he borrowed 600 million from Nonghyup and the rest from his uncle. Lee Sang-eun, the president’s elder brother, was also questioned by the independent counsel and testified that he provided the money in cash to his nephew.