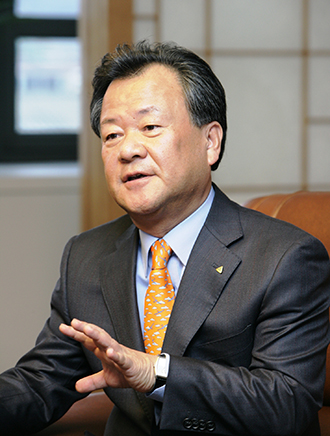 Kim Joong-kyum, president and CEO of the state-run Korea Electric Power Corporation, has stepped down, according to the Ministry of Knowledge Economy. He turned in his resignation on Monday.

The news comes as a surprise to Kepco as the power company said it had no previous knowledge of the resignation. The power company added that Kim left for Monaco yesterday to attend the World Energy Congress.

The Kepco president is scheduled to arrive back in Seoul on Friday.

Kim, who took office in September of last year, still has two years left on his contract. Recent rumors have speculated that the Kepco president would soon be replaced as he has been involved in a fierce debate with the government over electricity rates.

As the power company is dealing with a large amount of debt, Kim has repeatedly asked the government to approve of a raise in electricity. The government has refused, saying the request for a more than 10 percent hike is too high.

Kepco filed a lawsuit against the government demanding the company be compensated 4.4 trillion won ($4.03 billion) for miscalculating the cost of power and leading Kepco to incur chronic losses.

Kim’s soured relations with the government comes as a stark contrast to a year ago when he was named head of the power company.

When he was first appointed, Kim was strongly criticized as being parachuted to the position due to his strong ties with President Lee Myung-bak.