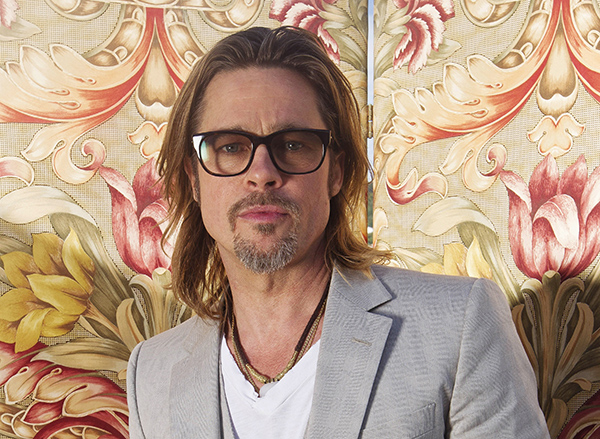 LOS ANGELES - Actor Brad Pitt has turned his talents to creating furniture for a luxury design house with a high-end collection inspired by both Art Nouveau and Art Deco, according to Architectural Digest.Pitt, who collaborated on the collection with U.S. furniture designer Frank Pollaro, discussed his inspirations for the capsule collection in the December issue of the magazine.

“I’m drawn to furniture design as complete architecture on a minor scale,” Pitt said. “I am obsessively bent on quality, to an unhealthy degree.”

Pitt said it was his obsession that introduced him to Pollaro, who embodies the “same mad spirit of the craftsmen of yore, with their obsessive attention to detail.”

The dozen-piece collection, to be unveiled next week by the Pollaro furniture house in New York, will include tables, chairs, a bed and a bathtub made of marble.

The 48-year-old “Fight Club” actor said he was influenced by Scottish architect Charles Rennie Mackintosh’s Glasgow Rose, drawn with a continuous line. He designed his collection with the fluidity of a single line, be it geometric or circular.

“There is something more grand at play, as if you could tell the story of one’s life with a single line - from birth to death, with all the bloody triumphs and perceived humiliating losses, even boredoms, along the way,” the actor said.

Pitt has previously worked with well-known architects for his Make It Right foundation to create affordable quality housing for victims of Hurricane Katrina in New Orleans. He also designed a diamond engagement ring for his partner, Angelina Jolie, earlier this year.