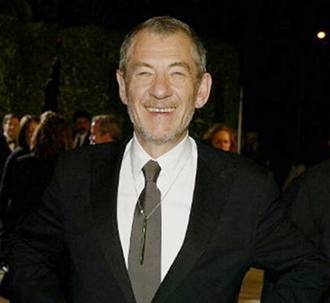 British actor Ian McKellan has criticized New Zealand Prime Minister John Key for using the word “gay” to mock a radio host’s attire, saying the term should not be casually used as an insult.

In a radio interview last week, Key told talk show host Jamie Mackay he would struggle at a charity golf event because “you’ve got that gay red top on”.

Key later defended himself, saying he picked up the term from his children and meant no offense, using it to mean “weird” and give Mackay a hard time.

“Young people use it all the time, I don’t think many people would be offended by it, but if someone is, I apologize. .?.?. I’m voting for gay marriage, I’m hardly homophobic,” he told reporters.

McKellan, a frequent visitor to New Zealand in his role as the wizard Gandalf in “The Lord of the Rings” and “The Hobbit” trilogies, said Key should not use the term carelessly.

“I’m currently touring secondary schools in the U.K., attacking homophobia in the playground and discouraging kids from the careless use of ‘gay’ which might make their gay friends (and teachers) feel less about themselves.”

He said that even if the New Zealand leader supports same-sex marriage, “I do hope John Key listens to his critics and appreciates their concern. Careless talk damages lives.”

Key made the remark on the same day he reportedly referred to British football star David Beckham as “thick” when talking to school students in Dunedin.

The prime minister on Monday insisted he did not owe Beckham an apology and refused to confirm or deny making the comment.