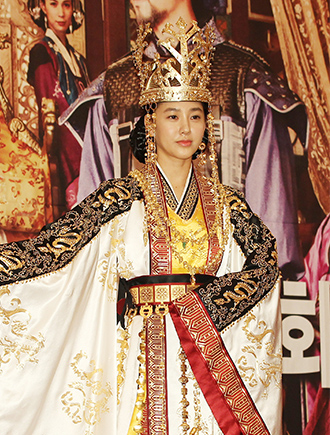 Following Park Joo-mi’s car crash on Oct. 23, KBS announced on Monday that it will postpone airing “A King’s Dream” for two weeks.

In its slot, the network will present nature documentaries.

“She needs time to rest for a full recovery,” said the network, adding that because Park plays Queen Seonduk, production could not continue without her.

Park’s co-star Choi Soo-jong was also involved in a car crash last month but returned to the set. Park is determined to follow suit, although she needs a little bit more time than the 50-year-old actor.

Park’s crash took place on the Ogori Highway in Gunwi County, North Gyeongsang. Her vehicle collided with a 25-ton truck.

However, after undergoing a battery of tests at a hospital in Seoul, it was discovered that Park had internal injuries.