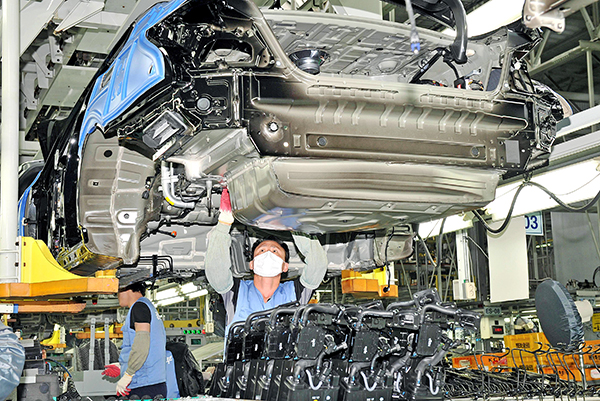 While competing forces wrangle over whether the government should release extra money to give the economy a shot in the arm, most agree Korea is in for a tough 12 months.

As Korea’s financial gurus try to second-guess how the domestic economy will fare in the next few years, Korean Finance Minister Bahk Jae-wan implied at the G-20 meeting of finance ministers in Mexico this week that there will be a slight rebound in the fourth quarter this year and next year despite persistent downside risks.

However, during three days of deliberation last week on its budget plan for next year, the Ministry of Strategy and Finance was criticized by lawmakers for allocating too much money for 195 unnecessary projects that are unlikely to stimulate the economy.

Of the 342.5 trillion won ($306 billion) earmarked for next year, the ministry was urged to cut 3.9 trillion won on educations programs, oil development subsidies and public housing.

The ruling and opposition parties also called to raise tax revenues to make up for other budgetary shortfalls. Legislators said the overall budget may well prove insufficient as it was calculated based on overly optimistic forecasts of an economic growth rate of 4 percent and exchange rates. 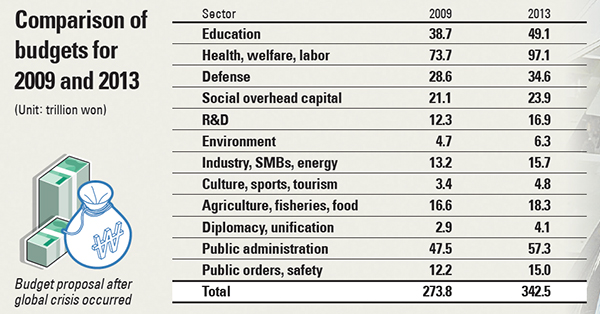 However, Keynesian economists in the country argue that the government needs to immediately set aside a supplementary budget to restore economic vitality. They insist on taking preemptive action before the real economy is affected by the continued fallout of the euro zone debt crisis.

“It would be desirable for the government to prepare a supplementary budget as the Korean economy is only expected to recover very slowly, but this year will be difficult due to the election,” said Kim Jung-sik, a professor at Yonsei University.

Cho Won-hee, a professor at Kookmin University, said declining exports and a frozen domestic market are good enough reasons for the government to ramp up spending.

“Extra investments would be worthwhile if they are made in fields that boost the growth potential of the national economy, like the energy, R&D and SOC [social overhead capital] areas,” said Oh Jung-gun, who teaches at Korea University. “Such blind opposition to the idea of a supplementary budget reeks of complacency, especially as it’s clear that the economy is entering the gate of a long-term recession.” 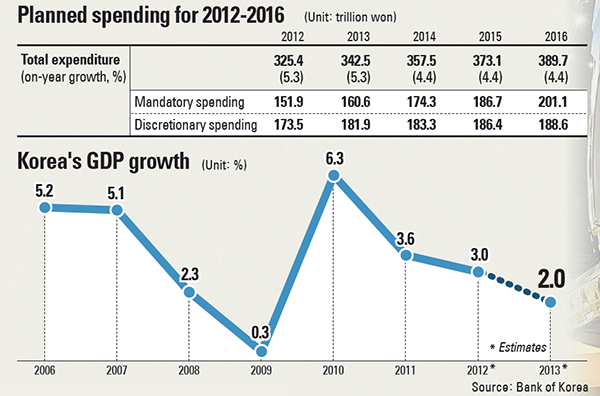 However, many government officials have expressed their belief in securing as much liquidity as possible and do not advocate shelling out cash in the hope of short-term results.

“The current situation can’t be resolved by employing such short-sighted measures,” said Rhee Tae-hwan, a senior researcher at Samsung Economic Research Institute. “This crisis will be an extended one. In this respect it is different from the situation in 2008, when a supplementary budget introduced the following year fitted the bill.”

Lee Geun-tae, a researcher at LG Economic Research Institute, said the economy has not yet slowed to a “critical” point, but added that Korea could end up following in the footsteps of Japan in the 1990s, when Tokyo was unable to release money when it was much needed.

The finance minister has opposed increasing fiscal spending based on the logic that spending more would merely undermine Korea’s fiscal soundness. However his ministry released a report yesterday suggesting a possible change of tone.

“The economy has recently seen employment and inflation stabilize, while major indicators such as production, consumption and investment have posted modest rebounds,” it said in its monthly analysis of the latest economic trends. “But concerns about the global economic slowdown and political events in major countries [such as upcoming elections in the U.S., China and Korea] continue to create high levels of uncertainty.

“There is also a delayed improvement to investment sentiment and a fall in the leading economic composite index,” it added. The analysis is based on indicators relating to employment, inflation, industrial output and retail sales in recent months.


In September, the economy added 685,000 jobs compared to one year earlier and the employment rate improved, the ministry said. That same month, industrial output inched up 0.8 percent from August, when it posted a decline, it added. Meanwhile, consumer prices grew 2.1 percent in October but were considered in a stable range.

Retail sales and facility investment posted gains of 1.5 percent and 6.2 percent, respectively, in September from a month earlier, according to the report.