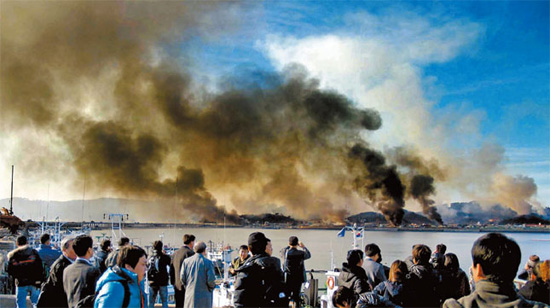 Ahead of the second anniversary of the North’s Yeonpyeong Island attack on Nov. 23, Seoul’s Ministry of National Defense decided to depict South Korea’s outcome in the incident as victorious, a senior ministry official said Monday.

“We have reviewed the incident ahead of the two-year anniversary and we came to the conclusion that our counterattack was a victory,” a senior Defense Ministry official told the JoongAng Ilbo. 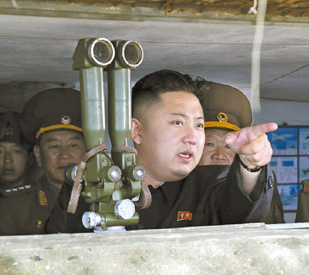 Until now, the South Korean government had not used the word “victory” or “successful” in reference to the naval skirmish in 2010 between the two separated countries.

Yeonpyeong Island was shelled by North Korea on Nov. 23, 2010, killing four people and injuring 19 others. The island is located near the so-called Northern Limit Line that was drawn up after the Korean War armistice in 1953 by the United Nations Command. The North, however, does not recognize it officially.

According to the ministry, on Nov. 23, 2010, the South Korean military had conducted its regular firing exercise and was performing maintenance on its K-9 self-propelled artillery.

According to unconfirmed reports, 10 North Korean soldiers were killed and 30 were injured.

Industry insiders note that one of the reasons why the Defense Ministry decided to define the battle a success after almost two years came after President Lee Myung-bak’s recent visit to Yeonpyeong Island.

After being briefed about the skirmish, President Lee is known to have told military officers that “Being here in person, I come to think that we [South Korea] counteracted well [against the North].”

He also said, “It’s our victory, [and the military should review and redefine] the Marine Corps’ reaction [to the attack].”

North Korea also believes the victory belongs to them.

In August, the North’s media reported that its leader, Kim Jong-un, inspected the artillery unit responsible for shelling Yeonpyeong Island on a small wooden boat and extolled the service members as heroes.

Though Pyongyang didn’t explicitly express its victory, South Korean experts on North Korean affairs say that the visit itself shows they believe they acted successfully in the skirmish.