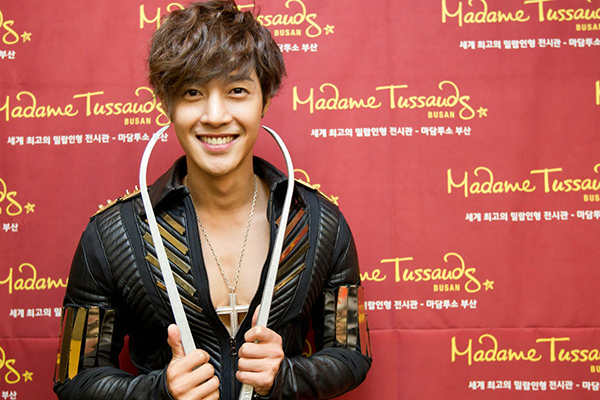 
Kim Hyun-joong has become one of a select group of Korean stars to be immortalized in wax. Keyeast Entertainment announced yesterday that Kim recently took part in a three-hour Madame Tussauds sitting in which he stood on a turntable as his body was segmented in 500 parts, analyzed and measured.

The information was sent to Madame Tussauds headquarters in London, and the Kim figure will be unveiled by December.

In line with the launch, Madame Tussauds in Busan has already begun promoting the display with various pictures from the sitting being uploaded on its Facebook page and Twitter.

The gallery said that until Nov. 14, it will hold a drawing in which fans can win tickets to Tussauds to see the wax figure of the 26-year-old.

The Korean branch of the worldwide tourist attraction said other locations also are taking an interest in the production. “Kim Hyun-joong is not only popular here, but across Asia, so everyone is watching the process,” said a spokesperson from Madame Tussauds.