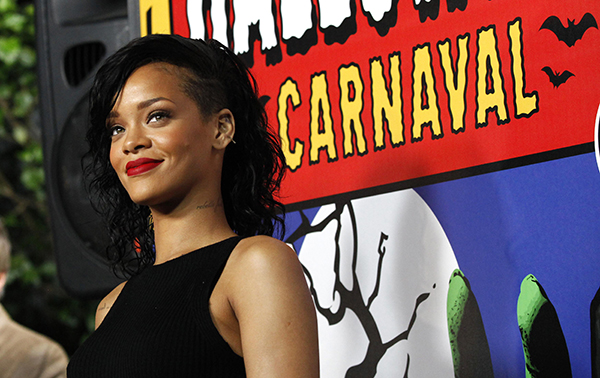 LOS ANGELES - R&B star Rihanna unveiled a duet entitled “Nobodies Business” with ex-boyfriend Chris Brown on Tuesday, three years after Brown was charged with assaulting her. The song was part of an official track list that Barbadian singer Rihanna tweeted to her followers for her upcoming album “Unapologetic” and comes after weeks of speculation in the media that the couple have rekindled their romance being spotted together at numerous events.

While Rihanna, 24, has stayed mum on her relationship status with Brown, the “Turn Up The Music” singer attended Rihanna’s Halloween party last week and tweeted a photograph of himself dressed in Arab robes and a rifle.

Brown, 23, is currently halfway through his five-year probation after pleading guilty to assaulting Rihanna on the eve of the Grammy awards in 2009. He was ordered to complete community service and a domestic violence program.

Brown was given permission by a Los Angeles judge to embark on his European tour at a recent hearing overseeing his progress on his probation.

The former couple have had a tumultuous relationship in the last three years, including a restraining order against Brown following the assault.

But recently the two singers have made peace, coming together on a remix of Rihanna’s raunchy song “Birthday Cake” earlier this year.

The Barbadian singer told Oprah Winfrey in an emotional interview in August that she and Brown now had a “very close friendship” and that she still loved him.