Torture movie reopens wounds on the eve of presidential election

Torture movie reopens wounds on the eve of presidential election 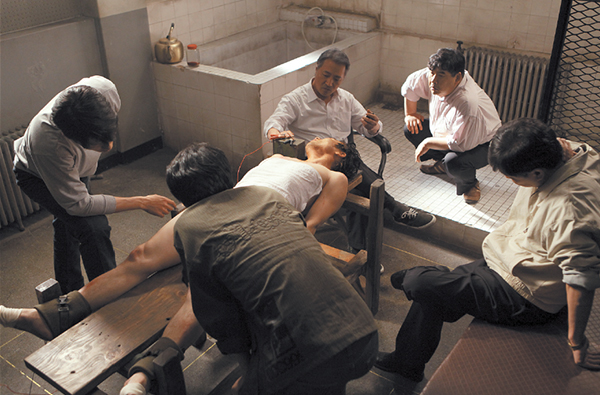 Only 30 years ago, Korea was governed by an authoritarian military regime that repressed and tortured its opponents. Government oppression spawned “torture technicians,” who were responsible for developing new techniques.

“Namyeong-dong 1985” is based on a memoir by Kim that describes the sordid details of his torture sessions in an interrogation room in Namyeong-dong, central Seoul, during the regime of Chun Doo Hwan.

He later developed Parkinson’s disease, which may have been caused at least in part by the suffering he endured.

Conversely, his tormentor completed a course given by the General Assembly of Presbyterian Churches in Korea and became a minister. He subsequently was removed from the clergy after a series of controversial remarks, such as “Torture is a kind of art” and “I am not a torture technician but a patriot.”

The film, which is scheduled to be released Nov. 22, has already generated public discussion and a lot of attention from the media. Many wonder how it might influence the Dec. 19 presidential election involving the daughter of former military ruler Park Chung Hee. 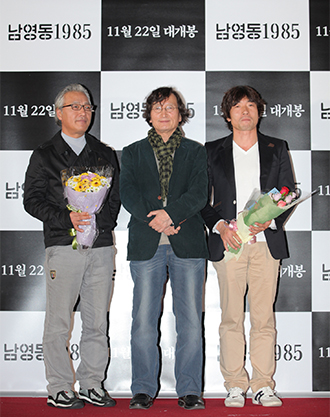 Director Chung said “influence” is exactly what he wants from “Namyeong-dong 1985.”

“I talked to many people about the best timing to release this film, and many agreed that it should be before the presidential election,” said Chung after the film’s press preview session. “Some worried that the film might influence the election, but as a filmmaker, I want the film to influence voting. That would be worthwhile.”

The veteran director courted controversy earlier this year with “Unbowed,” a film based on a true story about a demoted college professor who fights Korean justice system. The professor uses a crossbow to confront the judge who rejected his claim in a wrongful termination lawsuit against Sungkyunkwan University. The professor says no one was hit, while the judge says he was wounded. The professor was sentenced to four years in jail.

The court ruled in favor of the judge, but many appeared to support the former math professor. The court Web site was flooded with posts criticizing the ruling and, undoubtedly emboldened by the wide public support, the professor said earlier this year he will file another lawsuit to clear his name.

The courtroom drama was evidence of Chung’s skill at making movies with a social commentary, but his motivation is not entirely political. He also encourages people to reflect on the theme of torture.

“Torture destroys the human soul as well as body,” he said. “I wanted to raise questions: Can the dictatorship justify the acts of torture? Can the victims of torture forgive torturers after more than 20 years?”

Most of the scenes in the movie are vivid depictions of torment the democratic activist, who later became minister of health and welfare, suffers. This means that “Namyeong-dong 1985” was not easy for the actors, nor will it be easy for audiences.

“I was grateful for my parents because I inherited from them a healthy body so that I was able to endure the arduous film shooting,” said Park Won-sang, who also appeared as a lawyer defending the fired professor in “Unbowed.”

“I sometimes didn’t like co-actors who tortured me in the movie,” said Park, with laugh.

The bleak torture drama also posed challenges for the director.

“Making the film was the most painful experience in my 30 years as a filmmaker, and I realized why there hadn’t been a film dealing exclusively with the theme of torture after so many wars and tragic moments in world history,” said Chung.

He said the audience would have a hard time going through the movie.

“When I was shooting the film, I said to myself that the audience would suffer as much as I had suffered during the filming.”

But Chung reiterated the importance of bringing social issues out in the open, because “people no longer speak out about social repression unless it directly influences their lives.”