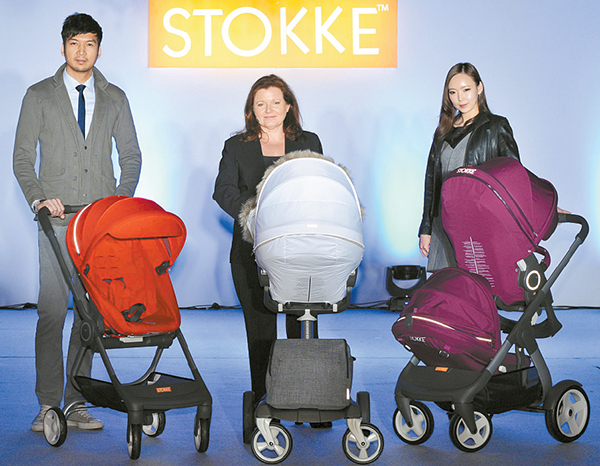 Hilde Angelfoss, center, director of innovation and design at Norwegian brand Stokke, poses yesterday during the launch event of the company’s Korean office in Yeoksam in southern Seoul. Provided by Min Communications


Strollers are one of the hottest status symbols for young and trendy Korean parents, especially foreign brands that retail for up to 2 million won ($1,834).

“The Korean market is the largest for our best-selling strollers Xplory, and we are trying to expand our operation here so that more diverse products can be acknowledged in Korea,” said owner Rune Stokke.

He said the company had not set out to put a luxury stamp on its products and cited the strollers’ controllable height, which helps kids’ maintain comfortable eye contact with their parents, as a key to its success.

“We don’t work for the sake of building image, but image comes from how functional your products are,” said Stokke. “I don’t think we are a luxury brand, but if consumers think we are fashionable and luxury, I don’t see anything bad with that.”

The company lowered the local retail price of its popular strollers from 1.89 million won to 1.69 million won in June. It also dropped the prices of other products up to 20 percent, with its Tripp Trapp toddler’s chair falling 17 percent last month to 295,000 won.

This came almost nine months after the fair trade watchdog and a consumers’ rights group released a report claiming that imported brand-name strollers cost more than double here than overseas. However, Consumers Korea pointed out that the local distribution system pushed their prices up. 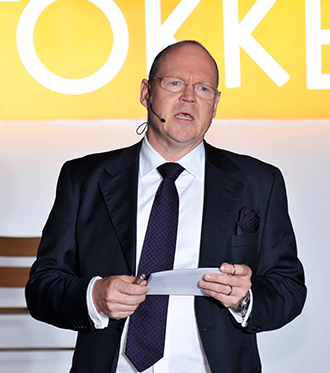 Stokke said he lowered the prices not because of external pressure but rather as part of a long-term plan to gradually scale them back as local market share grows to make this feasible.

Korea is the top foreign market for its Xplory products followed by the United States and Germany, which each account for about 13 percent of sales. Around 9,000 units were sold annually in Korea over the past two years, according to the company.

It officially entered the Korean market through local importers in 2006. With the opening of the local unit, the company is targeting sales of 10 billion won next year.

Formerly a furniture maker, Stokke started to focus on children’s products after Rune Stokke, a grandson of founder Georg Stokke, became chairman in 1997.

“Although birth rates may swing up and down, there are always going to be children and their parents want the best for them,” Rune Stokke said.

Georg stepped down as chairman in 2006 after he finished reshaping the company.