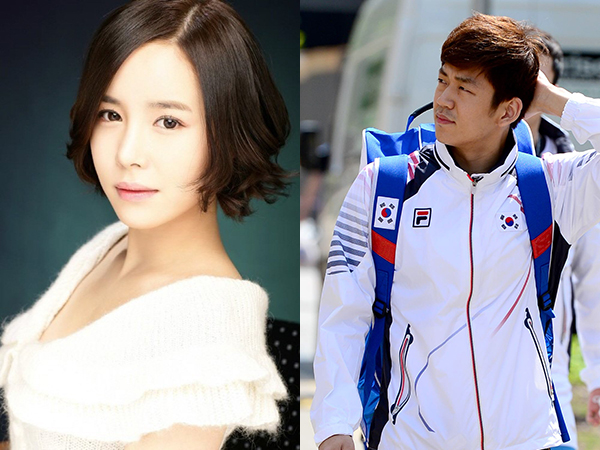 
Just one day after pictures of Olympian badminton player Lee Yong-dae and a mystery woman surfaced online, the bikini-clad woman who was captured in a passionate kiss with Lee was revealed to be an aspiring entertainer.

Lee’s girlfriend is none other than newbie actor Han Soo-hyun, whose real name is Byun Soo-mi. She is set to make her big screen debut in “Natural Burial” on Thursday.

Han, 23, is said to be a year younger than her beau and currently studying at Dongduk Women’s University.

Apparently, she belongs to the same agency as actor Shin Hyun-jun and was an extra on Shin’s previous drama “The Bridal Mask.”

Since the revelation, Lee has come forward to affirm that the two are together, although he declared himself single as recently as last month.

“I didn’t want to make it public so that she could live a normal life,” explained the 24-year-old Olympian in regards to the picture that made its way round the net on Thursday.