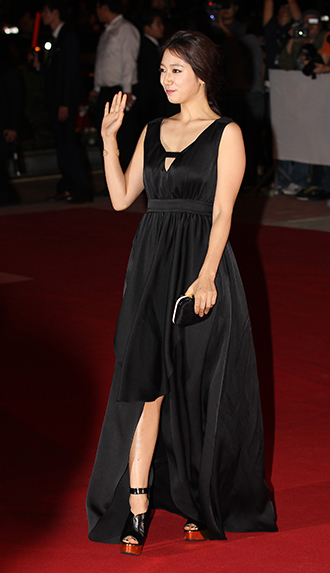 Park Shin-hye from “You’re Beautiful” (2009) will make a cameo appearance in the Taiwanese version of the hit Korean drama.

4HIM Entertainment announced that in the show’s first episode, Park will play the role of a girl who will be watching the band A.N.JELL’s performance through a portable video player.

To take part in the filming, Park left for Taiwan on Nov. 8 and tweeted that she was going to meet Ko Mi-nam of Taiwan, referring to the lead character in the series.

The original aired on SBS three years ago and was a huge hit abroad, launching the careers of Park, Jang Keun-suk and CN Blue’s Jung Yong-hwa as well as FT Island’s Lee Hong-gi.

Meanwhile, Park recently wrapped up filming the movie “12. 23” and next year will star in the tvN drama “Next Door Flower Boy.”