Woongjin restructuring back on track

Woongjin restructuring back on track 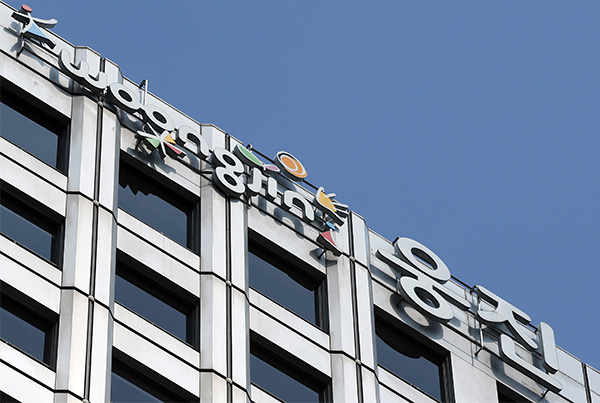 The stalled restructuring of Woongjin Holdings is likely to get back on track as the company and stakeholders ironed out their differences and agreed to sell the group’s water purifier unit this week.

Woongjin Holdings submitted a request to the Seoul Central District Court on Thursday to approve the sale of Woongjin Coway, which leads the domestic water purifier market, for 1.2 trillion won ($1 billion) to MBK Partners, a leading Korean private equity fund. 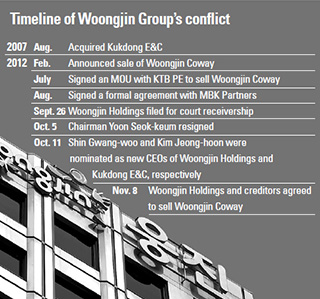 The court will grant approval over the weekend at the earliest.

“The sale of Woongjin Coway is just the beginning and the restructuring process isn’t going to be easy,” said a creditor. “Holding companies make profits through the earnings created by their affiliates and Woongjin probably sees this as a way to pay off its debts.

“However, the debts that the holdings company owes to creditors will unlikely be paid off with the sale of Woongjin Coway alone,” he said. “Eventually Woongjin Holdings will be asked to sell more of its affiliates, which it will be loath to do.”

Woongjin Holdings has been at odds with MBK Partners on the details of the sale, which has delayed the group’s restructuring plan. It signed a deal with MBK Partners to sell its 30.9 percent stake to the private equity fund to help improve its financial health in August.

Under the plan, MBK Partners is scheduled to pay 360 billion won, or 31 percent, to Woongjin Holdings by December and the remainder by January.

However, earlier this month, the two sides found differences on who would take Woongjin Coway’s annual dividends for this year’s 30.9 percent stake.

Woongjin Holdings insisted it should receive the payout, which is worth up to 30 billion won, as it will own the stake until January, when the sale of the purifier unit will be completed. But MBK Partners said the issue should be decided at the general meeting of Woongjin Coway’s shareholders on Nov. 30.

The holding company finally decided to give the voting right to MBK Partners. At the annual meeting, the water purifier unit’s name is likely to be changed to Coway.

The dispute arose after Woongjin Holdings was placed under court receivership in September due to financial difficulties after its affiliate Kukdong E&C failed to repay 15 billion won it borrowed from Hyundai Swiss Savings Bank.

After the holding company applied for court receivership, the controversy over Woongjin’s fate grew as Group Chairman Yoon Seok-keum listed his name as a co-CEO of the company. This indicated that Yoon, as the owner of a conglomerate, would take full responsibility for running the ailing company.

But the holding company’s creditors, including Woori Bank and Shinhan Bank, opposed the move, which they saw as a manipulation of loopholes in the legal system to maintain managerial control of the group’s two affiliates. Yoon, peppered with criticism for his apparent greed, announced his resignation in early October.