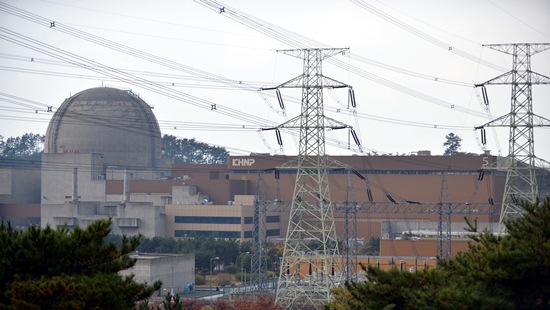 Five days after two reactors were shut down in a nuclear power plant in Yeonggwang County in South Jeolla, the Korea Hydro & Nuclear Power Corporation stated yesterday that cracks were found in the tunnels that guide control rods that control the rate of fission of uranium in the Yeonggwang-3 nuclear power reactor during maintenance. These cracks were found in six out of 84 tunnels.

While there have been similar instances of fissures in control rod tunnels in reactors abroad such as in the United States or France, this was the first time they have been found in Korean nuclear reactors.

A spokesman for the nuclear corporation stated, “No penetrating holes have formed so there was radioactive leakage or other safety hazards.”

The nuclear reactor had been halted for regular maintenance between Oct. 18 and Nov. 23 when the cracks were discovered. The largest fissure in the tunnels was 5.3 centimeters (two inches) long and 1.1 centimeters deep.

The constructor of the reactor, Doosan Heavy Industries & Construction, is currently examining the exact cause of the cracks in the tunnels.

The Nuclear Corporation stated that the fissures will need to be repaired through welding, a process that can add another month and a half to the scheduled maintenance date, raising concerns that the extended shutdown after the two other reactors are stopped until the end of this year could have a significant impact on the country’s energy production during the weak winter months.

On Nov. 5, the Ministry of Knowledge Economy halted operation of Yeonggwang’s nuclear power reactors No. 5 and 6, which have a total capacity of 2,000 megawatts, after eight parts suppliers were found to have fabricated documents.

As the Korea Metrological Administration forecast an extremely cold winter this year, the government estimates a peak demand of 80,000 megawatts of energy this winter.

“We will try our best to circumvent the possibility of a blackout through the reduction of energy consumption of businesses and public buildings and operation of emergency generators,” said Hong Suk-woo, the minister of knowledge economy.