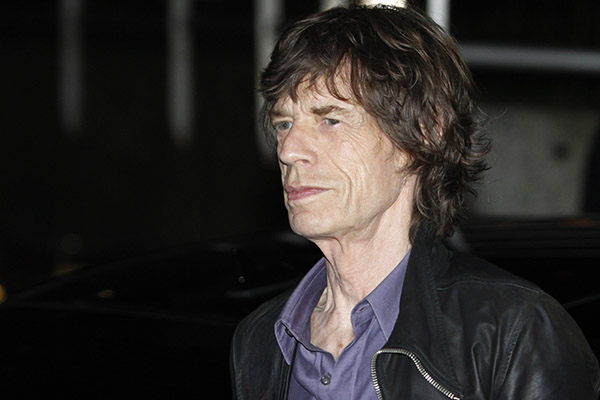 
LONDON - It was the summer of 1969 and Rolling Stones frontman Mick Jagger was the poster boy for rebellious youth.

But a cache of secret love letters he wrote to U.S. singer Marsha Hunt, to be auctioned next month, reveal a more sensitive soul who read the diaries of Vaslav Nijinsky and got excited about meeting the writer Christopher Isherwood.

“Here we see Mick Jagger, not as the global superstar he has become, but as a poetic and self-aware 25-year-old, with wide-ranging intellectual and artistic interests,” said Gabriel Heaton, books specialist at Sotheby’s auction house.

“They provide a rare glimpse of Jagger that is very different from his public persona - passionate but self-contained, lyrical but with a strong sense of irony.”

Hunt, a black American model and singer who was the face of the West End musical “Hair,” went on to have Jagger’s first child, Karis, the following year, and was also the inspiration for the Rolling Stones’ hit song “Brown Sugar”.

Written from various locations in Australia, where Jagger was filming the movie “Ned Kelly,” to Hunt in London, the letters make references to literature, the landscape around him, news events and his social life.

One is dated “Sunday the Moon” in reference to the moon landing on July 20, 1969; another describes “John & Yoko boring everybody”; while a third tells of a party where the girls are “so plain,” all he can do is “eat chocolate eclairs.”

The letters are expected to fetch between 70,000 pounds and 100,000 pounds ($110,000 and $160,000) when they are sold at auction at Sotheby’s London on Dec. 12. Hunt told the Guardian newspaper she was selling the letters to pay for repairs to her house in France, but she hoped they would be recognized as a piece of history.