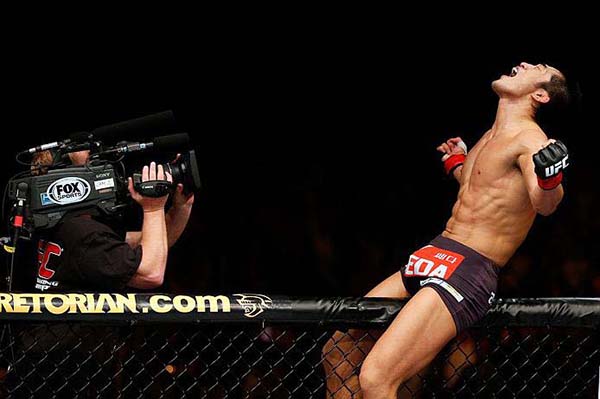 Kim Dong-hyun, a Korean mixed martial arts fighter, celebrates after beating Paulo Thiago of Brazil in their welterweight bout at the Ultimate Fighting Championship Macao on Saturday. Kim, 30, won the fight with the scores of 30-26, 30-27 and 30-27. It is his seventh straight win, a feat that no other Korean fighter has achieved in UFC. [YONHAP]