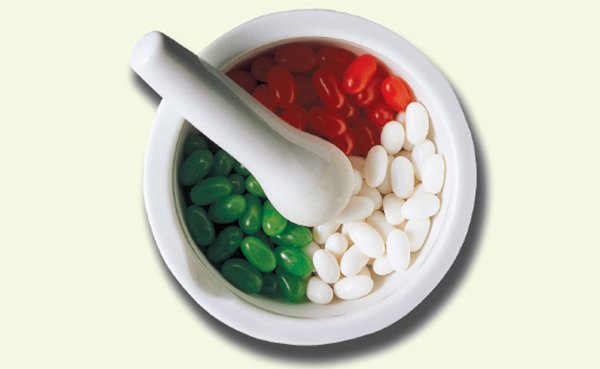 Local drug manufacturers are seeking ways to compete abroad as their profits continue to fall in the domestic market after comprehensive price cuts of drugs by the government in April.

Large companies are focusing on enhancing their financial structures and business portfolios to compete against much bigger foreign drug makers abroad by focusing on competitive new businesses like biomedicine. Smaller companies are moving under the umbrella of global pharmaceutical companies in order to protect themselves.

Korean drug companies are trying to survive the government’s price cuts by slashing production costs and collaborating with foreign companies to sell products. But those measures have not been enough to stop a fall in sales.

The bigger companies are trying to diversify their products.

JW Pharmaceutical said Wednesday it signed an MOU with Pharmicell, a leading Korean stem cell therapeutics maker, to co-develop stem cell treatments for the liver. Pharmicell is already halfway through clinical tests of the treatments. The two companies aim to dominate the global liver treatment market, which is forecast to grow to up to $14.2 billion by 2016.

JW Pharmaceutical has been expanding into the biomedicine market since it took over JW Creagene, an immunocyte treatment developer, in 2009.

Yuhan Corporation acquired a 9.1 percent stake in HanAll Biopharma for 30 billion won ($27.6 million), becoming the second largest shareholder of the company, according to a company announcement last week. Green Cross purchased a 23.46 percent stake in Innocell for 15 billion won in June, being the largest shareholder. In these cases, big companies are providing capital for smaller biomedicine developers with growth potential.

Dong-A Pharmaceutical exported 45.8 billion won worth of products in the first half of the year, increasing its exports by around 20 billion won, or 78.5 percent, from the same period last year.

Green Cross Korea also saw a roughly 50 percent on-year growth in exports of vaccines and blood components, selling 44.7 billion won in the first half of this year.

Yuhan ramped up its exports of raw materials for AIDS treatments by 23 percent.

There are possibilities that the world’s largest generic manufacturer, Israel-based Teva, could acquire a local firm, according to the financial industry. Handok Pharmaceuticals was considered one possible target among investors. The company said it’s proceeding with preliminary negotiations with the Israeli firm.