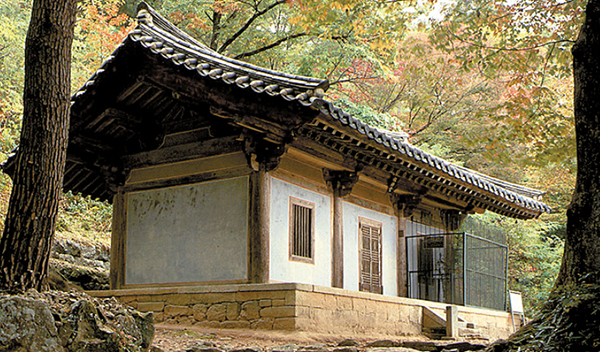 Josadang, or the Josadang Hall, is where the portrait of Monk Euisang is enshrined. Monk Euisang built the Buseoksa Temple, located on the hillside of Mount Bonghwangsan, in the 16th year of King Munmu (676) of the Silla Dynasty.

Therefore, the detailed forms are more compact than the Muryangsujeon in the precinct of the Buseoksa Temple. The left and right sides of the inside of the building had mural paintings completed during the end of the Goryeo Dynasty, such as an image of the Four Devas and an image of Bodhisattva.

They are very rare among the mural paintings done during the Goryeo era, and with the exception of the mural paintings of ancient tombs, historians say they are some of the oldest colored paintings in Korea. They are being protected in a specially made building for preservation.