What we need in a president

What we need in a president 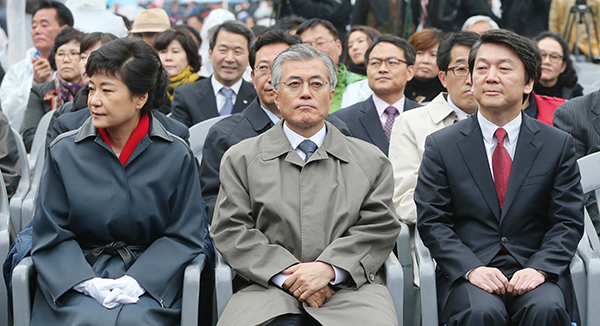 Today, we are living in an age without masters. There are many educators and instructors, but it is hard to find a master to site as an example. While there certainly are masters who can provide true teaching for those who seek true learning, they keep a low profile not to get swept up in the murky flow of the mundane world.

Just as teachers are common and masters are rare, it is just as hard to find a trustworthy political leader among many mundane politicians. Niccolo Machiavelli proposed that a leader must have virtue, fortune and adaptability to actual circumstances. But the most important leadership quality would be insight. A leader must have the ability to read the historical context of the time and clearly direct the national community. If a leader is criticized for his leadership qualities, he should reconsider his insight and judgment before getting upset or frustrated.

Another important quality is respectable conduct by setting an example. A leader is not qualified to lead people if his actual conduct is distant from his claims. He may advocate the eradication of corruption, but if he is deeply involved in corruption and collusion, he would be the first one to be weeded out.

However, if you ask me to pick the most desperately needed leadership quality, I would say “trustworthy.” Insight or initiative are meaningless if they are not supported by respectable character. Intelligence without character can even be harmful to the community, and good deeds without character may be nothing but hypocrisy and deception.

The former president of South Africa, Nelson Mandela, is a leader who was respected not just by his citizens but by people around the world. What makes Mandela the most revered leader of the time is not his intelligence. It is not just because he risked his life to fight apartheid.

He embraced the discriminating white people in South Africa and he displayed tolerance through the Truth and Reconciliation Commission. He also showed true leadership to turn the weapon of retaliation and punishment into a tool of forgiveness and peace and prioritized the will of love over will for power. The noble mind of Mandela made him one of the most respected figures in history. It was not the Nobel Peace Prize that made him more honorable. The authority of the Nobel Prize was enhanced by awarding the prize to Mandela.

At the moment, Korean people yearn for an honorable political leader like Mandela, but untrustworthy politicians are confusing citizens with their fabricated images. They want to lure voters with superficial popularity rather than solid character, ambiguous promises rather than transparency and unbearably light tactical events rather than thoughtful policy planning.

It is hard to know if the rosy, sweet election promises are inspired by contemplation and conviction. In fact, North Korean democratization activist Kim Young-hwan said that Kim Il Sung himself did not understand the juche (self-reliance) ideology clearly.

In the upcoming presidential election, the heiress of the modernization spirit, the successor of the democratization movement and the pioneer of the information age are all in contention. Not one side is an absolute evil or an absolute good. They are all necessary steps in the course of history.

The president must possess leadership qualities which have the ability to bring together traces of the past into reconciliation and integration and create energy for a new leap. While national perspective, historical awareness, policy direction, dignity in conduct, speech and deeds of the past are no doubt crucial standards for scrutinizing the leadership quality of the candidates, I would like to pay closer attention to the following questions.

Last, the most urgent leadership quality needed for the elevating tension in Northeast Asia as a result of territorial disputes and national confrontations is the vision of inter-Korean relations.

Does the candidate have a passion and insight for peaceful reunification? Or is the candidate only obsessed with coexistence of the two Koreas in the unstable lull? Does he or she have a will to improve life and human rights in North Korea? Or does the candidate want to embrace the hereditary dictatorships by opting for a different yardstick for North Koreans?

* The author is a partner at Hwang Mok Park, PC, and former head of the Seoul Central District Court.