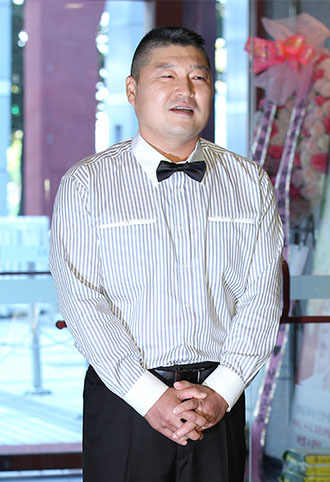 The odd variety program “Star King” generated its highest ratings for the year on Nov. 10 with the return of host Kang Ho-dong.

According to TNmS, a ratings research company, the episode garnered ratings of 16 percent, which was 5.5 percent up from the previous week.
By doing so, the episode overtook this year’s highest number, which was 15.9 percent, recorded on Feb. 25.

Other shows on at the time trailed behind the popular program with “Infinite Challenge” on MBC accruing 14.9 percent and “Immortal Songs” on KBS reaching 9.3 percent.

Making his long-awaited comeback following a tax evasion scandal, Kang said on the program that last year spent away from the limelight was a time to “reflect in order to become happier.”

“Just to be standing here in front of you is such an honor,” said Kang.