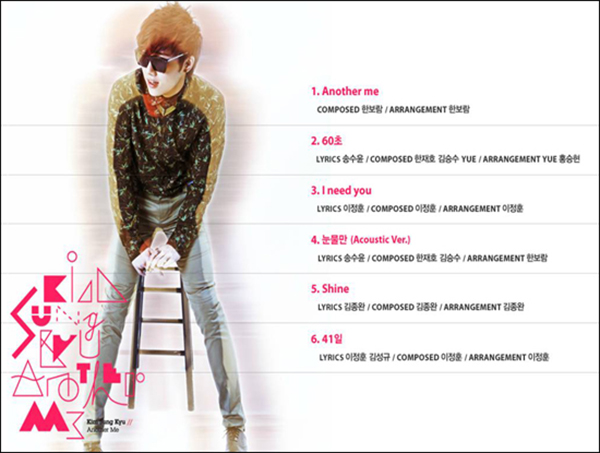 
Sungkyu from boy band Infinite has released the track list for his upcoming solo album. On Nov. 12, the group’s leader revealed the names of six songs contained on his “Another Me” debut album.

In particular, fans are talking about a track titled “60 Seconds” as it has been produced by composer Sweet Tunes, the team behind previous Infinite hits like “Be Mine,” “Chaser” and “Paradise.”

The final track, “41 Days,” was produced by Lee Jung-hoon, the bassist of indie rock band Nell, with Sungkyu penning the song himself.

A teaser image of the 23-year-old has fans excited because it features a more playful Sungkyu, a departure from his usual serious style.

Meanwhile just a day earlier, Sungkyu accompanied fellow band members in a concert in Fukuoka, the group’s final performance as a part of its Japanese arena tour.