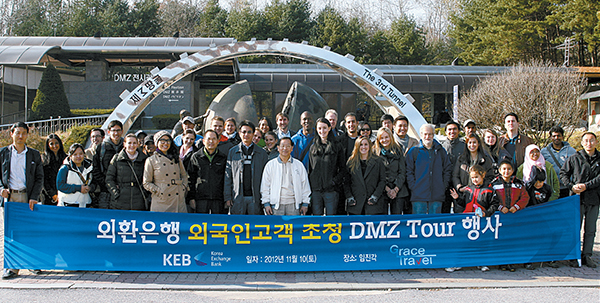 Some 40 foreign customers of Korea Exchange Bank who live in Korea pose after touring the DMZ Gallery located in Paju, Gyeonggi, on Saturday. The DMZ tour organized by the bank was the second held this year. A similar event was held in May for the bank’s expatriate customers who applied for the trip through its branch offices and on its Facebook page. Provided by the bank