Two people have come forward to reveal that Japanese soldiers during World War II slaughtered Koreans who were forced into overseas labor under Japanese colonialism, the first testimony to give details of a massacre that has been vague until now, a government agency said Tuesday.

According to the National Archives of Korea (NAK), an agency charged with preserving government records, two Koreans living in Sakhalin, off Russia's east coast, have testified they heard accounts from eyewitnesses at the time of Japanese soldiers murdering Korean wartime forced laborers in Russia.
"While tracing records on the massacre of Koreans in Esutoru (a port town in Sakhalin that was under Japanese control), we were able to obtain detailed accounts of when and where the killings took place as well as information about the victims," said Lee Kang-soo, a researcher at the NAK.

The two Koreans - Hwang Soon-yeong and Lee Tae-yeop - both gave testimony that they heard stories from eyewitnesses of some of the killings that took place in the summer of 1945, according to the NAK.

"On August 20, 1945, right after the Japanese lost the war, the Japanese soldiers dragged out my uncle and his younger sibling and stabbed them to death with the sharp end of a branch," the 78-year-old Hwang said, adding that her aunt watched the killings while hiding with her then 3-year-old son. 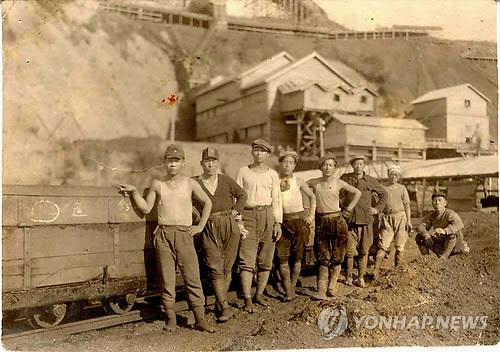 Lee, who was five years old at the time, said his neighbor told him in August 1945 that a man and his son were stabbed to death by Japanese soldiers when they refused the soldiers' orders to make bamboo spears for them.


Speaking of the testimonies, the NAK researcher said, "Previous accounts (of the killings) were mostly vague, but these testimonies will serve as a stepping stone for recognizing the massacre of Koreans in Esutoru as a historical fact."


Previously in August, the NAK made public a 1946 document compiled by the former Soviet Union showing the number of Koreans living in Esutoru dropped by nearly 5,000 people, or 50 percent, during the second World War. The document pointed out the massacre by Japanese soldiers as one of the reasons for the decrease.


Millions of Korean men were forcibly drafted overseas as laborers for the Japanese workforce during the 1910-1945 colonial rule, to regions including Sakhalin and Japan, and many died there, according to historians.

The South Korean government has been working to bring back the remains of some 4,500 unidentified Koreans buried or enshrined in mass graves overseas and to clarify the exact circumstances of their deaths. (Yonhap)