Choosing a candidate with vision

Choosing a candidate with vision 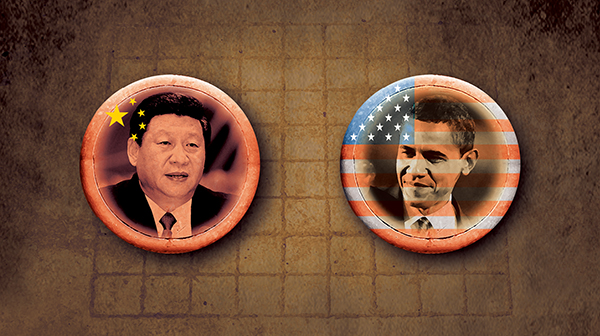 “How many days out of a year does an American president spend thinking about South Korean affairs?” a Korean scholar asked an American diplomat. The official, who had been in charge of Korean affairs under the George W. Bush administration, answered, “About 15 days.” The same question was posed to an aide of Chinese President Hu Jintao, who said, “About a month.” They may differ from the Korean government, which can hardly get through a day without considering the United States and China in policymaking.

What would preoccupy Chinese leadership the rest of time in terms of foreign affairs? It would be relations with big powers, mainly the United States. China has been deliberating the right response to define its relations with the U.S. after the latter in 2010 announced a “Pivot to Asia” policy as a challenge to emerging Chinese power.

Finding the answer is imperative on the foreign front for the incoming Chinese leadership under Xi Jinping. During a visit to Washington in February as heir apparent, Xi indicated the direction by suggesting building a new type of relationship among the major global powers encountering the second decade of the 21th century.

Because Americans and the British had a lot in common, such as language and religious beliefs, there was little resistance to the tilting of power to the American side. The U.S. and Soviets went to extremes in their ideological warfare, and their conflict finally came to an end with the dissolution of the Soviet Union. The U.S and Japan were never on an equal footing because the latter economic power was devoid of equivalent military power.

China argues the Sino-U.S. relationship cannot follow any other bilateral model. They have to create a new one. In February, Xi emphasized “core interests” and “mutual understanding and strategic trust.”

The U.S. in 2008 coined the term G-2, or Group of Two, to refer to co-leadership shared with China in directing the global order. China, however, resisted the pairing, disagreeing with the connotation.

They suggest building relations to coordinate and cooperate with the United States rather than dominate the world together. They might have referred to history during the Warring States Period (475-221 BC) for the alliance tactics and diplomacy, as noted by Hong Kong Phoenix TV commentator Shi Qiping.

The era was dominated by seven warring states, with the strongest Qin in the far west on the Shanxi plateau and second strongest Qi in the east around the Shandong Peninsula. The remaining five were located vertically between Qin and Qi on the east-west axis.

When Qin became disproportionately powerful, the six states developed a strategy to join forces for deterrence. Strategist Su Qin persuaded six states to join with one another to take a vertical stance against Qin. The alliance pact, however, did not last long as Zhang Yi came up with an opposing strategy on behalf of Qin by traveling to the six states and individually making alliance pacts. Once the alliance was built along the East-West axis, or horizontal level, the earlier north-south, or vertical, alliance began to break down. Qin exploited the confusion in the breakup period to defeat the states one by one.

In pivoting to Asia first, the U.S. strengthened ties with its traditional allies - South Korea and Japan. It deployed U.S. soldiers in Australia and is seeking naval bases in the Philippines and Singapore as if forging a vertical alliance similar to Su Qin. Re-elected President Barack Obama headed for Asia soon after the election.

China’s countermove would naturally come from Zhang Yi’s advice on the horizontal alliance. It would persuade the U.S. to shake and make fissures in its alliance.

In the U.S.-China Strategic and Economic Dialogue meeting in Beijing, Hu Jintao said the world has sufficient room to accommodate co-development between the U.S. and China. He may have been attempting to dispel the myth that China’s ascension could inevitably lead to a collision with the U.S. He quoted an old Chinese saying that, “Only by working diligently can one achieve his goal, and only by walking tireless can one reach his destination” to call for practical and effective cooperation and joint efforts in a wide range of areas to promote peace and stability in Asia, the Pacific and beyond.

In his book “On China,” Henry Kissinger, architect of diplomatic ties between the U.S. and China, also called for a creation of a Pacific community led by the U.S. and China. The two are better off working together than competing for mutual benefits.

But all this talk of co-existence and the Pacific community is between big fish. The countries in between are excluded. We have to find our own path for viability and prosperity. We first need a leader who can come up with the correct strategy in the vertical-horizontal power game between the U.S. and China. We have to choose among the three main candidates who are best qualified for the job.

* The author is a JoongAng Ilbo specialist on China.