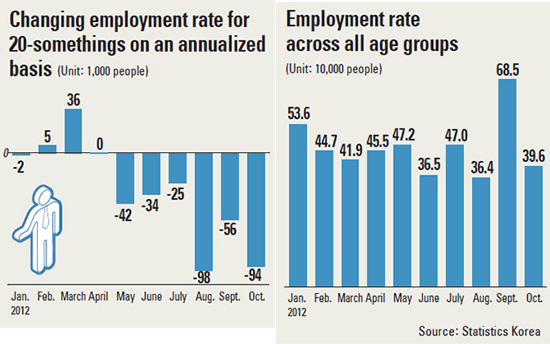 Koreans in their 20s are having an even harder time landing a job this year as companies are favoring experienced workers.

According to Statistics Korea yesterday, employment among this demographic of the economically active population fell by 1.6 percentage points to 57 percent in October from a year earlier, marking the largest fall in 31 months since March 2009 when the country was hit by the U.S.-triggered global financial crisis. 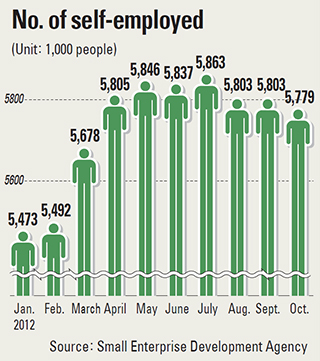 Although the total number of newly employed people rose in October across all age groups, the figure slid by 96,000 for those in their 20s. It has kept falling on-year since May.

The overall jobless rate, however, slid 0.1 percentage point from the previous month to stand at 2.8 percent, indicating that the labor market isn’t faring badly in general.

Last month, 396,000 people were newly added to payrolls compared to the previous October. This marked a deceleration from the 685,000 new jobs registered in September.

The Ministry of Strategy and Finance acknowledged the seriousness of the youth unemployment problem, saying it needs to be more closely monitored. 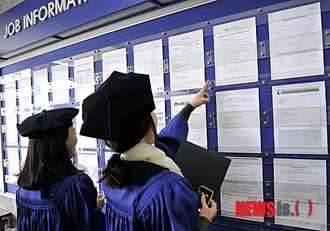 According to the ministry’s report, the number of job-seekers in their 20s climbed 12,000 last month from the same period one year earlier.

“One of the major causes of the remarkable drop in employment among this age group is private companies’ growing preference for experienced workers in their 30s,” said an official at the finance ministry.

“Public corporations are also hiring more high school graduates [to help less privileged members of society .?.?. and] people in their 20s find themselves sandwiched between the two.”

Park Jin-hee, a researcher at the Korea Employment Information Service, said “the declining trend in employment among this age group may continue as university graduates will be pouring into the labor market in February.”

Meanwhile, the number of self-employed rose by 48,000 in the third quarter, up 1.95 percent from a year earlier. This is seen as a positive sign as annualized growth has slowed from 3.6 percent in the first quarter, suggesting there are fewer highly indebted baby boomers opting to go it alone.