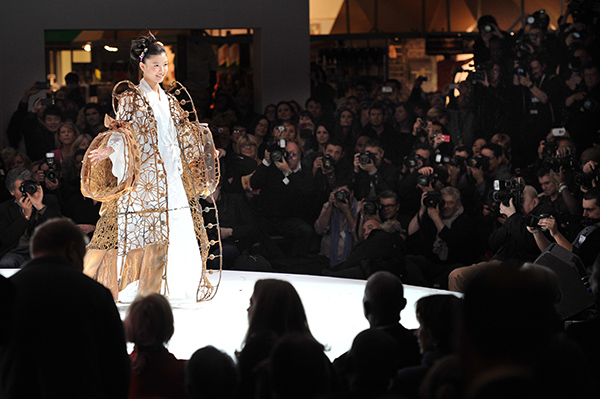 Actress Kim Yoo-jung, who starred in the popular MBC drama “The Sun and the Moon” earlier this year, models a costume partially made from chocolate at Salon du Chocolat, an annual industry trade fair held in Paris last week. A spin-off event will be held in Seoul for four days from Jan. 17.

The original fair was launched in 1994 in the French capital and wrapped up its 19th edition there last week. It has spawned sister events under the same name in 11 cities including London, New York, Moscow, Tokyo and Shanghai. Korea is the latest to join the list.

Hyundai Corporation, which acquired the license to host the event, said it will invite over 100 local confectionery companies and internationally renowned chocolatiers as part of its aim to help grow the local chocolate industry.